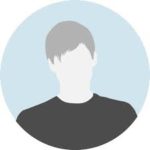 “@alumni4life is the brainchild of founder, William Jones. With the support of his entire family, William began creating customizable alumni clothing in his customers favorite school colors. A couple pieces made for friends turned into an entire line of alumni gear, allowing his customers to add school logos, custom color, etc. we just finished shooting his entire catalog and promotional imagery and couldn’t be more excited for his launch. When we asked William what models he wanted to use for his catalog, he answered simply….”my family.” Being a big family man, William wanted his family to be a big part of the entire process. His wife, daughters, son and himself all appeared in the 2017 catalog clothing. Every now and then we are touched by something we shoot and this was one of them! Having spent decades as a high school basketball coach, his school spirit sparked the idea of alumni4life and he knew he had to bring it to the public. Great people with a great product! Congratulations to William and his entire family. We are behind you all the way! #alunnni4life” .

“Yeah, finally connected with “WJ” William Jones of the Jones family that lived across the street from me in Holly Park, a subdivision of Seat Pleasant Md. Kevin Durant wasn’t even born yet when WJ left his mark in the High school Basketball history books of P.G. County and the state of Maryland . Picked up some of his line of Alumni 4 Life Athlaetic Gear and some Holly Park T shirts. Reminiscing with him about growing up in the hood and shooting ball. This man was a long range sharp shooter on the court And a all around athlete in high school. Good to connect with this brother again! Calling you all out from the hood to support and get some !” .